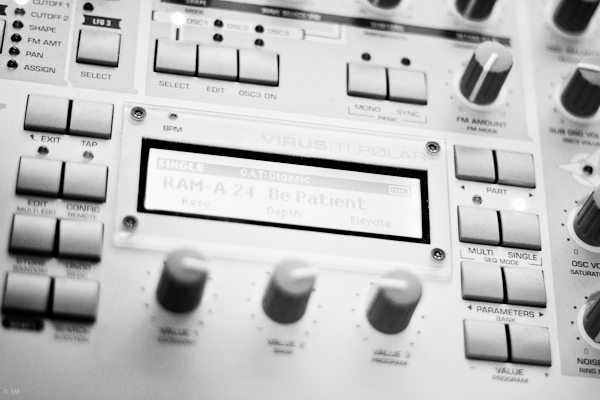 February, 2015 — Goldfish was released on February 20, 2015. At last! Next up: a new b-sides album, I think. A lot of tracks ended up on the cutting room floor while working on Synesthesia and Goldfish, and I’d like to make them available. Once this is done… onto something completely new.

January, 2015 — All tracks are finished, I am now starting the mastering process. The artwork is also done and I’m very happy with how it turned out. Home stretch.

March, 2014 — It’s been a long time since my last update here. Progress was slow last year as life & work kept me away from Goldfish for much of 2013, but I am happy to report that all tracks are now finished, polished, and ready to be recorded. This final stretch and the mastering will take a little bit more time, but we’re getting there. (Making music is hard work.)

November, 2012 — Inspiration struck and convinced me to expand the number of tracks on Goldfish — which means more music, but also more work. To be realistic I have to push back the release by a few months, probably no sooner than mid-2013.

November, 2011 — Resuming work on my next release, tentatively titled Goldfish. Aiming for a mid-2012 release.

October, 2011 — Synesthesia is available at Kahvi.

July 4, 2011 — My new album, Synesthesia, is complete and will be released through kahvi.org this summer.